My desire is always to be here, Mull of Kintyre

(The original article was published on my former website in 1997)

My Wanderlust for the Mull of Kintyre

Paul McCartney / Mull of Kintyre
When I heard this song's title, I presumed it referred to a place in Africa or somewhere because it didn't sound like English. However, the sound of bagpipes made me realize the song was about Scotland. The strange songtitle and sweet, peaceful melody tempted me to travel to Scotland without me noticing.

When I came to love the song and decided I wanted to go on a trip to Scotland someday, I gradually founded out how to get there. At first, I checked the location of the place on a map. I had thought Mull of Kintyre was a very famous tourist resort, but few Japanese articles dealt with the place. According to "Blue Guide:Scotland" published in the U.K., the place is at the top of the Kintyre peninsula of Scotland. The aritcle told me that there is the lighthouse. (At first, I had thought that the Mull of Kintyre was on the Isle of Mull in Scotland, but it wasn't.) I decided the destination of my journey, it was the lighthouse.

Consulting books and websites about Scotland so like that, and with help from members of the PC communications forum for U.K. lovers in Japan, I rearized that the cape Paul had sang about was very far away. I heard that there was no railway station near the place, so it would take at least one way to get to. I checked railway and coaches timetable, began to prepare for travel, felt a touch of anxiety, and left Japan.

The places I travelled to Mull of Kintyre are as follows:

-Japan(Kansai airport) to London Heathrow(about 16 hours)
Heathrow - London King's X - Glasgow (four and half hours by a limited express"Flying Scotsman")
I was so tired that I stayed for one night at Glasgow.

-Glasgow to Campbeltown (took 4 and half hours by coach)
There are no railways between the two points. When I got in the Kintyre peninsula, I found the sightseeing guide board that said"... one of the most exciting roads to the Mull of Kintyre, immortalised in song by Paul McCartney". I fell his lyrics "I'm Getting Closer!". 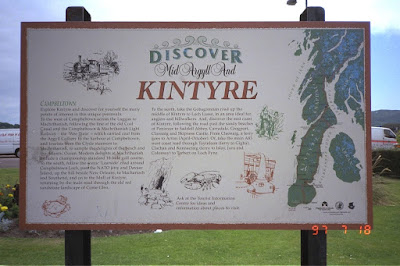 the sightseeing guide board


-Campbeltown to "End of The Public Road" (20 minutes by taxi)
Campbeltown is small town, however, I didn't got the impression that the town was inconvenient for daily life, because there is no large city near the town. I checked in a B&B and took a rest. 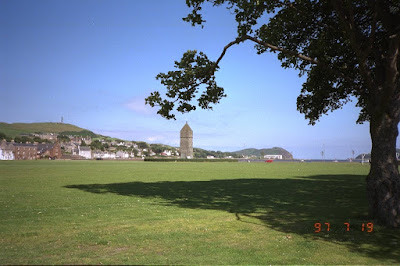 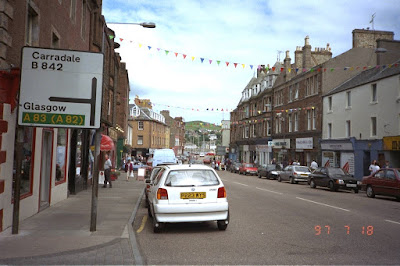 
A few hours later, I took a taxi in mainstreet of Campbeltown. The taxi went through the green grasslands. There is no car coming from the opposite direction. 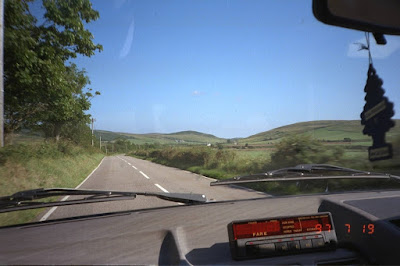 
-End of the Public Road to Mull of Kintyre(20 minutes on foot)
The end of the road was a small park.I had to get off the taxi.
There was a board for sightseeing, it had the sentences as follows; 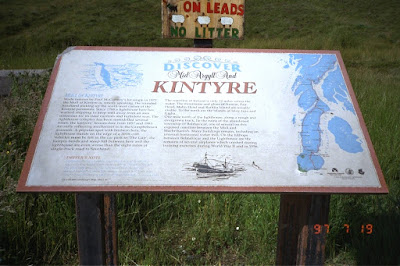 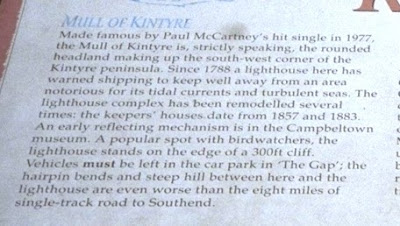 "Made famous by Paul McCartney's hit single in 1977,the Mull of Kintyre is strictly speaking,the rounded headland making up the south west corner of the Kintyre peninsula."
At last, I could see the sea and the lighthouse here. I went down to the lighthouse, on the winding road for a mile.

The Mull of Kintyre

Soon I saw beautiful and wide landscape; deep blue sea, brilliant green plains. The landscape had a splendid view, because there is no tree. Rabbits sometimes ran across walking path. The fine weather made the place surrounded by gentle light.

There is no people, like the Mull of Kintyre was reserved for me. So I sang "Mull of Kintyre" sitting on a small bench near the Mull lighthouse. I could hear Paul's song with My MD player and a ripple without the player. I could see the land of Ireland dimly over the calm sea. 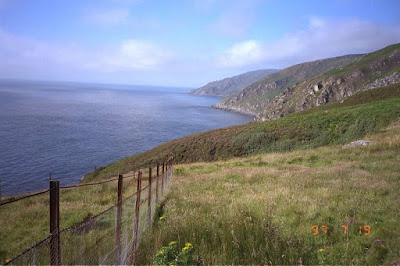 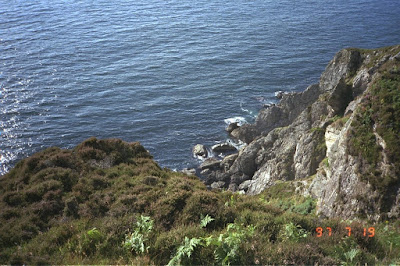 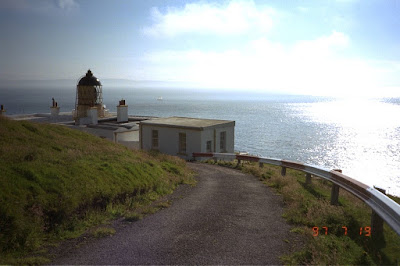 Back to the town

At 8 p.m., The taxi I had took on the way to there came to pick me up. We went back to Campbeltown behind strong west sunlight. When I told her to take thirty pictures for the Mull of Kintyre, she smiled.

The Campbeltown's only one tourist information centre had these souvenirs; 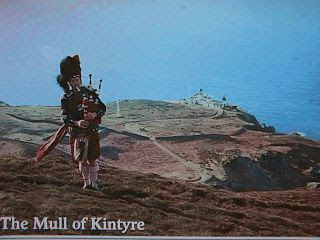 In 2003, a reporter of The Independent (UK newspaper) asked me to quote this article. He said that he would like to take it for his page "The End of The Earth" travel guide including the Mull of Kintyre.

I was happy to comply with his request! What's more, The Independent is Paul's favorite paper (He said so on his concert brochure in 1990)!

Then, fortunately, I could get the paper quoting this article, including my name in the UK because I was happen to travel the UK at that time. Thanks for lucky streak! 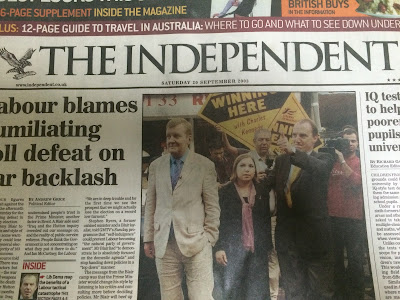 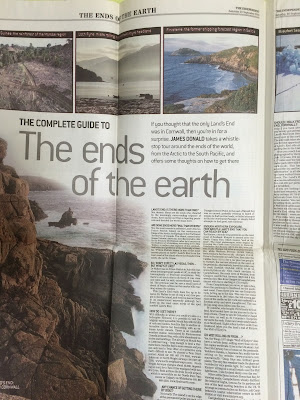 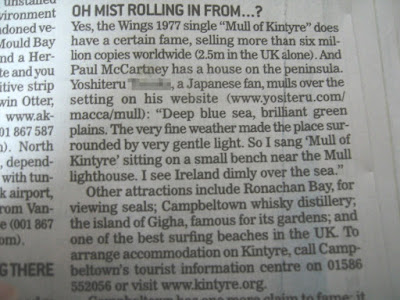 (now the URL on above was changed)


Actually, this article brought me not only this fortune but also friendship with some fans of Paul who read my article. I have good friends through this article about Paul's song.
Paul McCartney change his fans' life better worldwide, but not only by his great music. The real case is here. Thank you, Paul.