Why is the suicide rate so high in Japan?

Look at the list of countries according to their suicide rate. You can see that many high-suicide-rate countries are former communist countries except aome asian countries including Japan. Why is Japan's suicide rate is so exceptional?

Looking for the differences between Japan and other countries, I found a tendency in Japan's suicide data. It is related to age. According to WHO 2008 report, the highest suicide rate age-group is over 75 years old in most countries, however, the highest suicide rate age-group in Lithuania, Iceland and Japan is people in their 50s. In addition, other statistics show that the top reason of committing suicide among Japanese men in their 50s is economic problems.

What happened in Japan in 2009? I believe in a change in the law is the answer.

In June, 2010, the Money Lending Control Act came into effect. This law for money lenders of unsecured loan established lower interest than ever before. For example, it prohibited a harsh attitude to people who had not yet paid back their loans. This is one of the reasons of Japan's high suicide rate is people couldn't pay back their loans.

Is there a law or a system to rescue such people in Japan? Yes, there is. However, some people still decided to kill themselves. I will now talk about another reason why suicide continues today.

José M. Bertolote, from the Department of Mental Health, in WHO, gives a sharp analysis on Japan's suicide tendency: "In Japan, suicide is likely to be part of culture. The immediate cause is due to overwork, joblessness, and bullies, and so forth. Suicide, however, is regarded there as an ethical standard to preserve one's honor and to take responsibility by suicide."
Ref. Kanae Kawamoto "Buddhism and Suicide: Right Attitude towards Death" 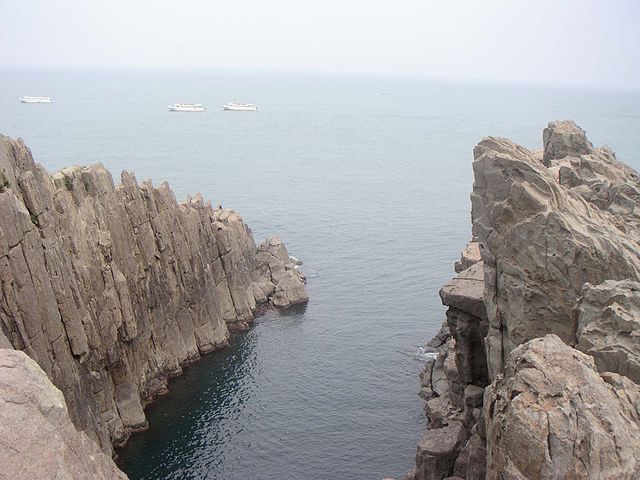 My life experience in Japan supports my findings.

Fifteen years ago, I had to move out of my parents' house and rent a flat near my office because my work was hard, I had to be in work from 9am to 11pm everyday during the week. I visited some real estate agents, and I found two good candidates. An agent said to me, "If you take this flat right now, I'll give you a secondhand laundry machine which was my other guest tennants, he doesn't need it now." I thought it was good deal, so I signed the contract to rent the flat.

After that, I began my new life in the flat. It was certainly a good flat. It was relatively new, not noisy, was in a good neighborhood, and most importantly, it was near my office. However, the agent didn't give me the laundry machine he promised even after one month. I called his office, but he was always out.

On a rainy day one week after I stopped callings agent's office, somebody knocked the door of my flat. I peeked through the peephole, the agent was standing there. He was soaked from the rain and made a polite bow from the waist. I understood why he bowed. It meant, "Sorry, I lied to you. I have been punished with the rain. Please forgive me." His action bore no fruit for me however, he was suffering, but I could only say, "I understand, but please leave." If I had made a contract with the agent concerning the laundry machine giving or I had recorded his promise, I would have pursued him. However I had not, only accepted his inadequate apology.


After 10 years, I experienced a similar episode, except I was the one apologizing. At that time, I was a manager at my company's call center. One day, a telephone operator made a call to a customer who had claimed to have been called from the call center. The operator made a mistake. Many people may think the mistake was not severe, but the customer was angry and requested that the operator bring her manager to the customer's home and apologize. I called the customer, apologized and explained it would not happen again. He accepted my plan, but requested that I go to his house.

I talked with my boss about this issue, my boss decided to accept the customers' request. My boss and I went to the customer's home by train. It took 2 hours.

Ringing a doorbell of his house, he appeared with a smile. He said, "I appreciate your actions and your company." He guided us to a café near his home. We talked about this issue there. Again, I apologized and promised the same mistake would not happen again. Our conversation had the same content as when we talked on the telephone. However, he appreciated our actions. "The company took the trouble to visit him and he appreciated this.

You can find such absurd stories in Japan, where people take great pains to resolve problems. In B2C (business activities between company and consumers) you can often see this, some people taking great pains to apologize and value their relationships with consumers. In B2B (business activities between companies), business people work hard to resolve problems. This story is an example of how Japanese people go to extremes to apologize, and is reflected in Japan's high suicide rate.
Posted by Yoshiteru at 12/30/2012