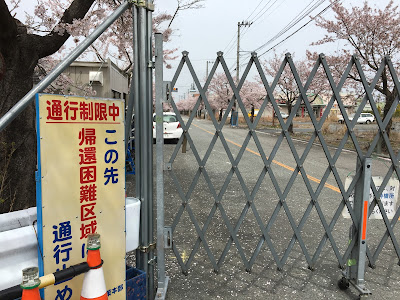 Fukushima, located in northwest Japan, is far from my home in central Japan. Many people may think that Japan is small country, it is true, but it takes several hours to go from my home to Fukushima. Therefore many people in central Japan including me don't have chances to go there. So I didn't realize the reality of Fukushima. A friend of mine who lives in adjoining prefecture of Ibaraki invited me to go around "The Residence Restriction Area" in Fukushima. I accepted his invitation.


The Three kinds of Limited Area in Fukushima 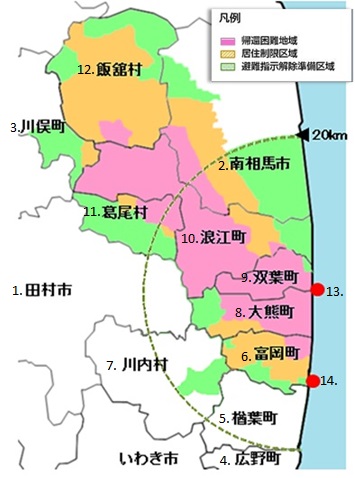 In order of the amount of radiation;

-Difficult-to-Return Zone (pink); Off limits. The government made the barriers and the gates with help from the police. Residents cannot return their homes for the foreseeable future. Tokyo Electronic Power Company (TEPCO - the owner of Fukushima Nuclear Power Plant) compensated 14,500,000 yen (136,100 dollars or 119,700 Euro) for residents' suffering.

-Residence Restriction Area (yellow); The government permits residents to come to their homes (staying for the night is prohibited). TEPCO compensated 2,400,000 yen (22,500 dollars or 19,800 Euro) for the residents' suffering for two years.

-Zone in Preparation for the Lifting of the Evacuation Order (green); The government permits residents to come to their homes (staying for the night is prohibited) and operate their agricultural or forestry businesses. It proceeds with preference reconstruction and decontamination. TEPCO compensates 1,200,000 yen (11,250 dollars or 9,900 Euro) for the residents' suffering for one year. 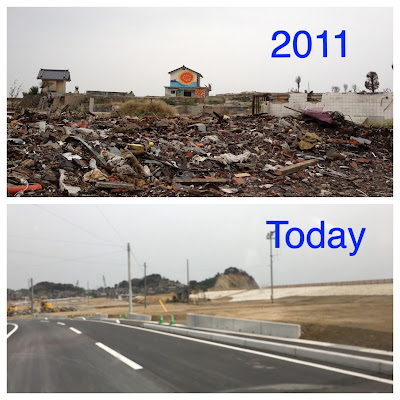 Hisanohama area. Compared with my first photo (taken in 2011), all debris was demolished.

Zone in Preparation for the Lifting of the Evacuation Order 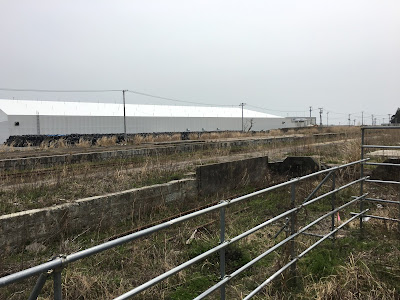 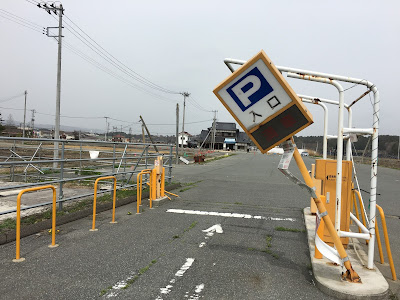 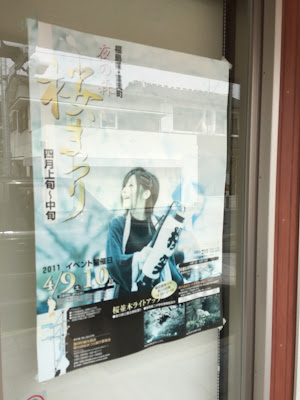 A Poster advertises The Cherry Blossom Festival of This Town in 2011, is still here in 2016 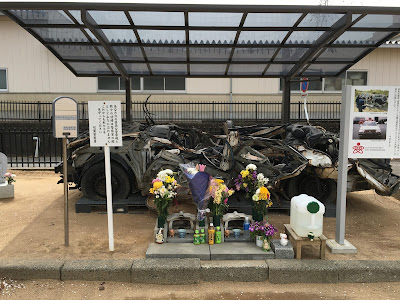 A crashed Police Car from when policemen guided people evacuees. 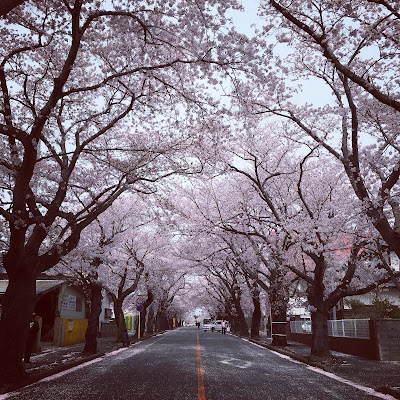 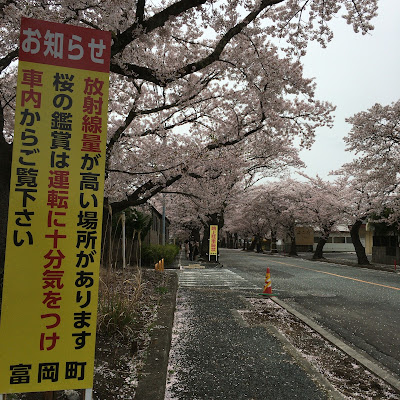 This Signboard which says "Plesase view the cherry blossom from your car due to the high radiation levels in this area." 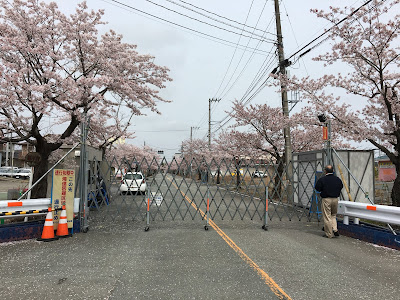 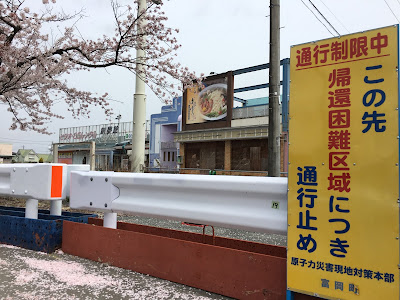 Beyond this point "Difficult-to-Return Zone"(Off-limit) 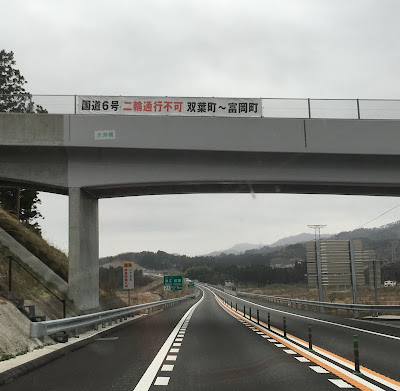 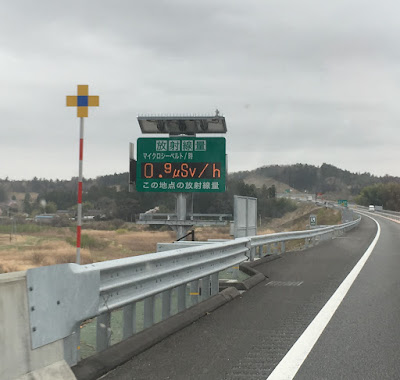 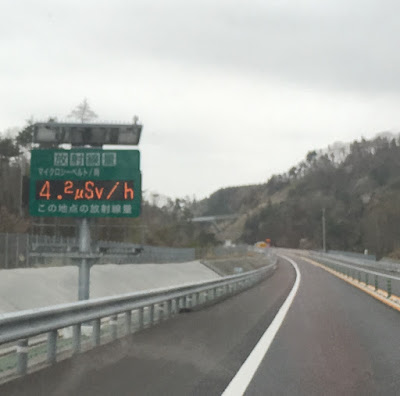 Monitoring Posts. The Japanese Government tells to avoid to working outside if over 3.8 microSV/h

Before visiting, my understanding about the area was merely limited to "map" and "data". However, driving throughout the area, I have physically realized the real size of the restriction area. Walking in the abandoned town, I imagined the ex-residents' whose everyday lives were destroyed. When I hear the news about people who evacuated from the area, I always recall scenes from this trip. Now I think that all the people who discuss the nuclear power plant issues, regardless whether pros or cons, have to visit the area.

Other Fukushima Towns outside Restriction Area

After visiting the restriction area, I took a trip to Aizu in Fukushima, which is over 120km from the area. Aizu and many other cities located in Fukushima but they still have normal everyday lives in these cities. 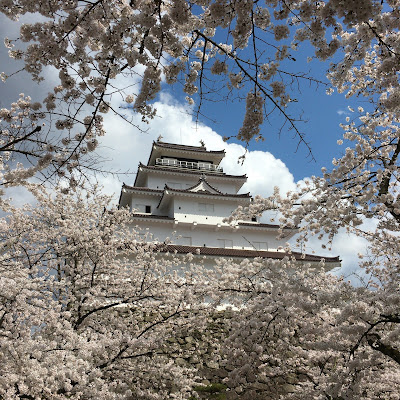 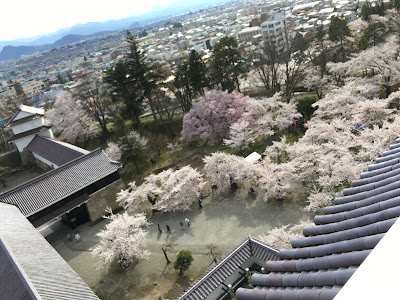 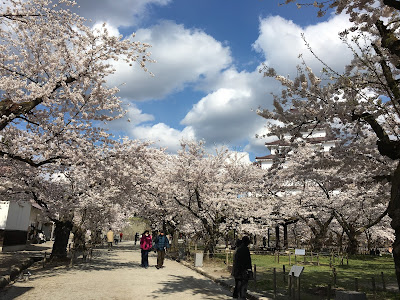 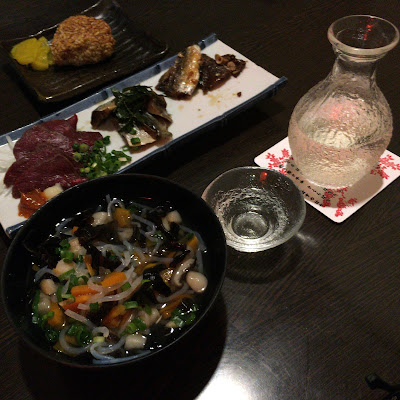 Well, I would like to say congratulation to your country for being so quickly recovered after the mess that happened during the earthquake. From the pictures that you showed about the earthquake area, I could see how admirable the Japanese are in solving their problems.

I wish everyone in China could be just as morally as good as the Japanese, if anyone in China have good moral behaviours like the Japanese then I would be so happy for China and I feel happier for being a Chinese.

Thank you for your posting, I wish all the best for your country and your people.

顺丽-san, thank you for your message.
I also think that Japanese have tendency to solve a problems quickly. However, in my opinion, it is true only in cases which the goal and method are clear. If a problem is unprecedented, Japanese are often puzzled and so slow progress to solve the problem. The Fukushima nuclear power plant incident is unfortunately one of the examples. The infrastructure in Fukushima was rebuilt quickly, but to decide the policy for refugees and existing nuclear power plants is still slow and controversial.